The UCLA Bruins have hired Jim Mora Jr. to be its next head coach. Mora Jr. comes to Westwood after being the Atlanta Falcons and Seattle Seahawks head coach. 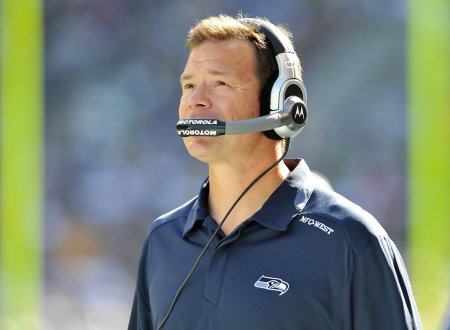 Jim Mora, his father, was also an assistant coach for the Bruins during the 1974 season.

The 50-year-old coach is going to take over a program, who went 21-29 in the previous four seasons under recently departed head coach Rick Neuheisel. The Bruins went 6-7 this season and lost to the Oregon Ducks in the Pac-12 Conference Championship game last week.

The Bruins will be led by interim head coach Mike Johnson, who was previously the team’s offensive coordinator, in the Kraft Fight Hunger Bowl on New Year’s Eve at AT&T Park in San Francisco, Calif.

Mora Jr. is an outsider to the transition that the Bruins have done in the past. The school has previously almost always hired former players, or assistants, who have worked in the program.

This will be his first college football coaching job. He has spent the past two seasons as an analyst with the NFL Network.

Prior to this job, his last college stint was in 1984 as a graduate assistant with the Washington Huskies. In between, his stops were in the NFL with the San Diego Chargers, New Orleans Saints and the San Francisco 49ers, before being selected as the Falcons and Seahawks head coach.

As the Falcons head coach from 2004 through 2006, he went 26-22. Atlanta advances to the NFC Championship game in his first season with the team, before losing 27-10 to the Philadelphia Eagles.

Then, in his lone season with the Seahawks, his team went 5-11.