I think Jeremy Lin is making a bad decision.

This whole Linsanity didn’t make sense. It was here in a flash and before you knew it, it was over. Yet, he doesn’t deserve what he just got. 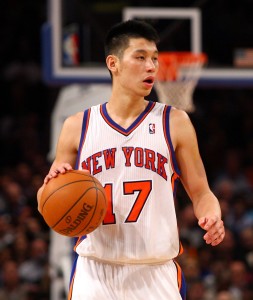 Yes, I understand the NBA is a business, where players make millions of dollars, with some players making nearly $20 million in a season. Sure, the Harvard graduate has become rich from this deal after making $788,000 last season.

But taking the Houston Rockets 3-year, $25.1 million dollar deal is the wrong decision for his career. In addition, he is not worth the $14.8 million he will receive in the final year of this contract. It would have cost the Knicks $43 million, including luxury tax, had they matched the offer in 14-15.

While the Rockets made a bad decision by giving him that much money in the third year of his contract, Lin made bad decision that affects him even more. Lin is leaving the Big Apple, where he rose to popularity.

He became a star in the Big Apple, running former head coach Mike D’Antoni’s system. He also rose to popularity with the Chinese and Taiwanese community, as he became the first player from Chinese or Taiwanese descent to play in the NBA.

But when Mike Woodson became the Knicks head coach in March, Lin’s playing time diminished. A few games into the Woodson era, Lin suffered a small meniscus tear on March 24th and it cost him the rest of the season. And Linsanity was gone … at least for several weeks.

Now, Linsanity is back in the news; however, the Rockets will have to live with giving him that much money. But while he is a millionaire from this contract, he is taking a major hit.

The hit is the loss of the Big Apple. The Big Apple made him a star in the short time that he played for the Knicks.

He rode the bench for months after he was acquired in late December from the Golden State Warriors. Then after the Knicks had no other options, D’Antoni put Lin into the starting lineup, as the starting point guard.

“He got lucky because we were playing so bad,” said D’Antoni.

In his first game on February 4th, he scored 25 points, which started this Linsanity nonsense. His merchandise was flying off the hangers, as people were buying his things left and right.

But, now, his merchandise is going to take a hit.

He is going to lose millions of dollars that he could have had in merchandise sales from living in New York City. Many experts are already saying that Lin’s New York Knicks sporting goods are virtually worthless now.

There are retailers that have already begun to mark down Lin merchandise after 5 months. T-shirts that were once $24.99 is now going for $8.99 and it might even go down from there.

The Rockets are going to try to save his image. However, it is going to be hard to do, as it is not like it was when Yao Ming brought China with him to Houston a decade ago

The big difference with this is that Lin was born in Los Angeles, California. While Ming was born in China, and brought millions from his homeland with him.

He also brought Chinese media with him to Houston, as well, to report the message back home. But Lin doesn’t have that behind him.

As for Lin as a player, he is not the fastest point guard, and nor is he a consistent outside shooter. He shot just 32.3% from three-point range this season.

He was also turnover prone during his short time running the Knicks offense. His biggest assets are his passing and driving ability, but many back ups in the NBA can do that, too.

He has a horrible time going to his left, which some teams already know. And, in addition, he struggles with the mid-range jump shot.

He only played in 26 games, and left many teams uncertain about his future. But, in Houston, you will not see him average 18.5 points or 7.6 assists as an everyday player.