Joel Pryzbilla is returning to the team, where his NBA career started. 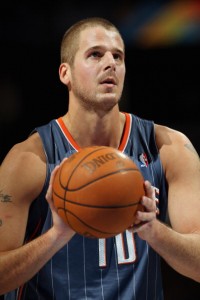 Pryzbilla was a rookie with the Bucks during the 2000-01 season. And he returned for the 2012-13 season, after signing a one-year contract.

He played for the Bucks for the first 3 1/2 years of his career. He left the Bucks after a traded to the Atlanta Hawks.