Anthony “Tiger” Jones has returned to the Philadelphia Soul.

In July, Jones signed with the Philadelphia Eagles, before being released. Being on the Soul’s exempt list, the team had an opportunity to re-sign him. 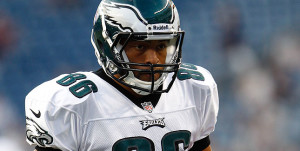 Jones signed a two-year deal with the Soul through the 2014 season. He is the sixth player to re-sign with the Soul since the season ended.

“We continue to make personnel moves that strengthen our team,” said Soul general manager Tom Goodhines. “We will continue to put the core pieces in place for another championship run. The entire organization is excited to have Tiger back in a Soul uniform.”

He is also reunited with Dan Raudabaugh, as Jones was his favorite target early in the season. The duo had a record-breaking season despite missing the final two games and the playoffs.

“It is great to have Tiger back in the fold,” said Soul head coach Clint Dolezel. “He is a great weapon to have in our offense. He’s a physical player with great instincts and is a perfect fit for our system. We expect to pick right up where we left off last season.”