New Sacramento head coach Michael Malone has reached into the Kings past with his recent hire. 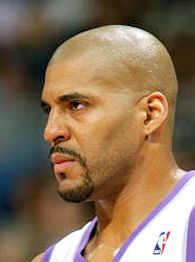 Malone has hired former Kings forward Corliss Williamson as an assistant coach. He will leave his head coaching position with Central Arkansas to take this position with the Kings.

This is his first NBA coaching job after spending 4 years as a collegiate coach. He was hired as an assistant coach by Arkansas Baptist College two years after retiring from the NBA.

After a year there, he was hired as the head coach of Central Arkansas men’s basketball team. He was 23-62 in his three years at the school, including a 13-17 record last year.

“Coach Williamson’s three years at UCA were very good,’ said Dr. Brad Teague, UCA’s Director of Athletics. “His hard work is now showing in the level of talent and character his student-athletes bring to our program. We appreciate all he has done for UCA basketball to lay a foundation for future success.

“The Sacramento Kings will now have a valuable coaching asset for their team and community. I know Corliss will contribute greatly to their success and we wish him well.’

Big Nasty, as he was called, started his NBA career with the Kings, first playing for them from 1995 to 2000. He then played one season with the Toronto Raptors during the 2000-01 season.

After playing for the Raptors, he joined the Detroit Pistons in the summer of 2001. He played for them for three years, including winning the 2003-04 NBA Championship over the Los Angeles Lakers.

He played another year with the Philadelphia 76ers during the 2004-05 season, before returning to the Kings to play his final two seasons. He retired from the NBA after the 2006-07 season.