Harrison, who is a free agent outside linebacker, had his performance fall off in the past several years. When he was on top of his game, he was one of the most feared pass rushers in the league over the past 10-years. 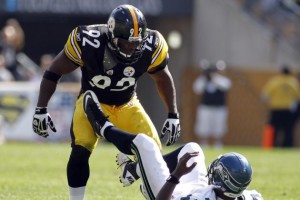 In his career, he had 66 career sacks and 29 forced fumbles. He was also the heart and soul of the Steel Curtain defense in the late 2000’s.

The 36-year-old was a five-time Pro Bowl selection and a two-time first-team All-Pro. He is expected to sign a one-day contract with the Steelers to retire.

He spent 11-years with the Steelers, before signing with the Cincinnati Bengals in 2013.