Defenseman Michael Kostka did not last long with the New York Rangers. On Friday morning, as we reported here, he was recalled by the team.

Now, at 12:35 am, it was announced that he would not be playing for the Rangers this weekend. He was called up to the team to replace Dan Boyle, who is injured. 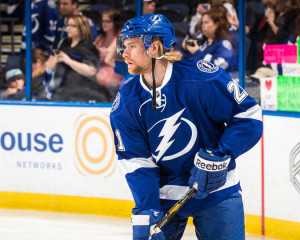 However, the Rangers head coach Alain Vigneault noted that Matt Hunwick will partner with John Moore for Saturday night’s game against the Columbus Blue Jackets.

He played in 19 games with the Lightning, where he had two goals and six assists for 8 points. He also had a plus-seven rating on 31 shots.

He also played in 9 games with the Chicago Blackhawks earlier last season. In Chitown, he had two goals and an assist for three points and a plus-three rating.

After the season, he left the Lightning as a free agent. Then, on July 1st, he signed a one-year contract with the Rangers.