Ewing – The College of New Jersey mens basketball team picked up a big win this afternoon at Packer Hall. They defeated the Rutgers-Newark Scarlet Raiders, 74-62.

Both teams are now tied at 8-5 within the New Jersey Athletic Conference. The Scarlet Raiders are 14-6 overall, while the Lions dropped to 12-9 overall. 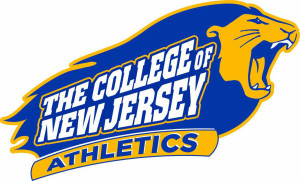 Eric Murdoch Jr. had 17 second half points. He made four free throws late in the Lions 16-7 run to end the game.

TCNJ were a perfect 14-0 from the line during that stretch. This span came following Rutgers-Newark starter Christian Garcia fouled out of the game.

With the game tied at 47 each, Murdoch Jr. scored five straight points.

The game was delayed several minutes after Lions guard Jayson Johnson ran into the scoring table. The Lions led 47-42 at the time.

The Lions had a 15-point lead in the second half at 42-27. Scarlet Raiders head coach Joe Loughran called a timeout and challenged his players.