For the first time, there is a story mentioning the Tampa Bay Buccaneers listening to trade offers. According to veteran writer Bob Glauber, two sources told him that the Bucs “will listen seriously” to trade offers for the top pick.

Every year, there’s always talk that teams will consider trading away the pick. However, they always keep the pick and select the best player that they have available. 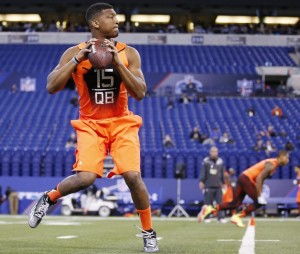 This year, there’s definitely uncertainty at the draft with Jameis Winston. So, anything is possible as the Bucs may want to escape from picking him following his off-the-field incidents.

During his three-years at Florida State, he’s been involved in numerous problems, including a sexual assault that he was not charged for. The victim recently filed a lawsuit against him for it.

While many is considering Winston a lock to be the top pick, it is definitely not a lock yet. Former Oregon Ducks quarterback Marcus Mariota is still in the mix, as well. This week, the teams are expected to finalize the process on their draft boards, so things can still change.

The Bucs owners could get involved and change their boards. There’s many individuals within the Bucs organization that has ties to Oregon and Mariota, so he could still go there and Winston would fall to the No. 2 overall pick.