Toronto FC announced that defender Mark Bloom will miss the rest of the season. He had surgery today to repair his quadriceps tendon in his right leg.

He’s expected to make a full recovery from his injury. Also, he is expected to be ready to go for the preseason in January. 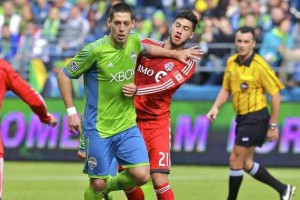 According to MLS Stats, Bloom has not played in a single game for Toronto FC this season.

He began his MLS career in 2013 where he played in six games for the team. He also had an assist that year, as well.