Street Outlaws is a popular show on the Discovery Channel that airs on Monday nights. But for the second time in months, a top star on the show was involved in an accident. 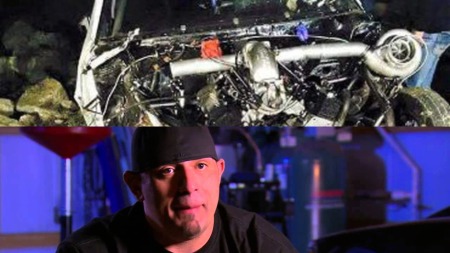 Davis and “Big Chief” were racing as a part of their upcoming episode of the show that will air in their next season. Davis got loose, then tagged the quarter panel of Shearer’s Crow.

Both of the cars then careened out of control. The Crow suffered extensive damage to the front end, as most of it was ripped away.

Unconfirmed reports suggest that Shearer was injured in the crash to his shoulders, lungs, and back. He reportedly is in the hospital receiving medical care.

Davis is no stranger to appearing on the show. He previously bad-mouthed Jerry “Monza” Johnston, before the two faced each other.

Due to that altercation, that led to Shearer and “Murder Nova” Shawn Ellington announcing that they’ll face Detroit in an upcoming street race. It appears that this accident may have been part of that show.

Oklahoma City, according to the show, is known to have the best illegal street racers in the country. On this Monday’s show, “Daddy Dave” will debut “Goliath” on the show.

“Daddy Dave” went off “the list” to create the “Goliath” before he ruined it.