On Tuesday night, the Minnesota Golden Gophers faces the Washington State Cougars in the National Funding Holiday Bowl. The game will be on ESPN at 7 pm EST.

Both teams are 8-4 overall. Minnesota was 2-3 on the road, while Washington State was 3-2. 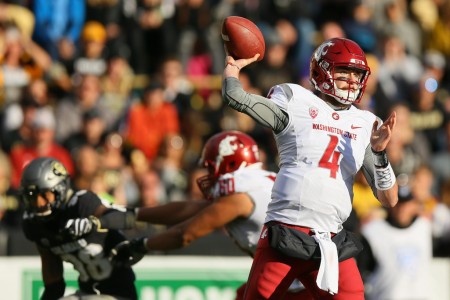 The Golden Gophers did not commit to this game until Dec. 17. If they didn’t play in this game, they would have been replaced by the Northern Illinois Huskies, who had a 5-7 record.

Because of that situation, there is a petition online for the Golden Gophers to fire head coach Tracy Claeys. Minnesota will be looking for their first nine-win season since 2003 when they win 10 games.

“It would be a great reward for this team and some of our coaches for the things that they have went through this year, but this game of football doesn’t give you anything,” Claeys said. “It’s a great team sport, and the team that shows up most prepared, and plays the hardest, and plays as great teammates is usually the team that wins. It doesn’t give you anything. We’re gonna have to earn it.”

Washington State head coach Mike Leach didn’t want his players to listen to what was going on with Minnesota.

“I ignore 100 percent of that,” he said. “There’s always drama this time of (the) year. Historically, your best bet is to assume everybody is playing. If somebody decided to boycott here, I’d cut him.”

This is the second meeting between these two teams. Washington State won the initial meeting 41-9 on Sept. 10, 1988.

Minnesota lost its previous game to the Wisconsin Badgers. They haven’t won a game since Nov. 19 when they defeated the Northwestern Wildcats 29-12.

Washington State has lost its previous two games. They haven’t won a game since Nov. 12 when they defeated the Cal Bears 56-21.

Luke Falk – who recently announced he’ll return for his senior year – has 4,204 passing yards. He has 37 touchdown passes and 10 interceptions.

“They’re going to make you tackle in space or it’s going to be a long day,” Claeys said. “You need to get them in long-yardage situations or they’re very good with the short passing game.