On Wednesday night, the Rutgers-Newark Scarlet Raiders men’s basketball team faces The College of New Jersey Lions at Packer Hall in Ewing, N.J. The game is slated to start at approx. 8 pm EST. 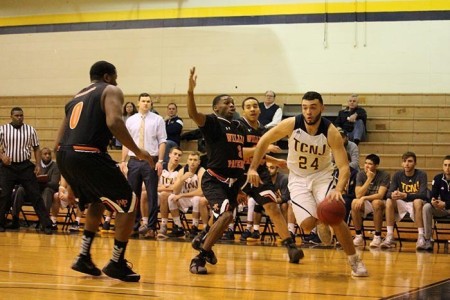 Rutgers-Newark is 6-11 within the New Jersey Athletic Conference. TCNJ is 13-4 within conference play.

The Lions could get center Bobby Bracket from injury for this game. Brackett previously told The Capital Sports Report that he may return in the conference playoffs.

“I am not sure yet,” Brackett said. “I’m feeling better, but we will see [about Wednesday].”

Rutgers-Newark has lost their past two games. They have not won a game since they defeated the William Paterson University Pioneers 66-61 on Feb. 4, 2017.

TCNJ lost their last game, as they were defeated 70-63 by the Montclair State Red Hawks on Saturday afternoon. They have not won a game since they defeated the Pioneers 90-85 on Feb. 8, 2017.

Rutgers-Newark is averaging 58.9 points per game. They are giving up 64.8 points.

Brackett is leading the Lions attack with 15.9 points and 10.9 rebounds per game. Without their injured center, Corey Stanford is leading all active players with 14.2 points per game.