Professional golfer Tiger Woods has released a statement following his arrest early Monday morning. Immediately, after his arrest for DUI, people thought he had been drinking again.

This news rocked the sports world on Memorial Day. 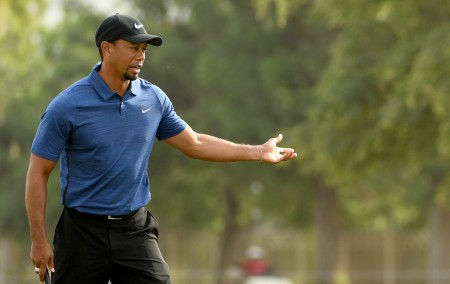 “I understand the severity of what I did and I take full responsibility for my actions,” Woods said. “I want the public to know that alcohol was not involved. What happened was an unexpected reaction to prescribed medications. I didn’t realize the mix of medications had affected me so strongly.

“I would like to apologize with all my heart to my family, friends and the fans. I expect more from myself, too. I will do everything in my power to ensure this never happens again. I fully cooperated with law enforcement, and I would like to personally thank the representatives of the Jupiter Police Department and the Palm Beach County Sheriff’s office for their professionalism.”

Woods was arrested at approx. 3 am on the Military Trail, which is south of the Indian Creek Parkway. He has not competed in a PGA Tour event since February.

He has struggled in the past few years with a bad back. He had fusion surgery on April 19 on his back — which is his fourth procedure on his back since April 2014. He will not play again on the PGA Tour again this season.

He’s only made three starts in the past two years on the PGA Tour. On Feb. 3, he withdrew from the Dubai Desert Classic after having an opening 73.

Woods is a 14-time majors champion and has 79 career PGA Tour wins. He has the second-most wins of all-time.