The Arizona Coyotes have announced that they have signed forward Jordan Martinook. He has received a two-year deal. 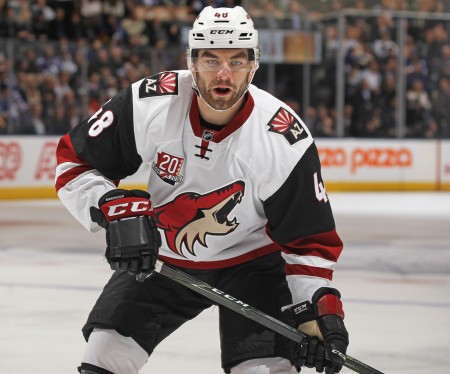 “We are pleased to sign Jordan to a two-year contract,” Coyotes President of Hockey Operations and General Manager John Chayka said. “Jordan is a hard-working, versatile forward with good speed. He was an effective player for us last year and will play an important role for us this season.”

Martinook had a career-high in goals and points. He also averaged 2:14 minutes on ice among forwards in short-handed time-on-ice.

He had 68 blocked shots, which was the most among the forwards.

He was a second-round pick by the Coyotes with the 58th overall pick in the 2012 NHL Draft.