The Columbus Crew SC are considering a move to Austin, Texas, according to ESPN FC. The operator of the team will consider relocating the team, as long as the city stalls on his proposal on a downtown stadium.

Anthony Precourt, who is the CEO of Precourt Sports Ventures, has an announcement planned for Tuesday. At the news conference, he will discuss his plans. 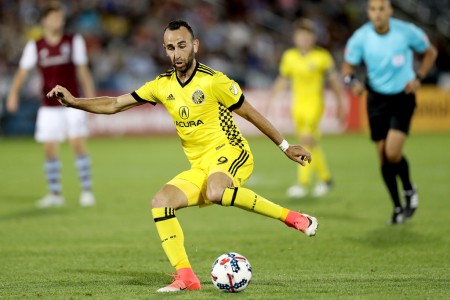 He’s expected to look elsewhere for a new stadium – and if he moves to Austin, Texas, it’ll be the first professional soccer team in the Top 5 major sports to call the city home. Precourt is also frustrated with its current environment in Columbus, Ohio, which is also a dominant college town.

The Crew’s attendance is 20th of 22 teams in the league. He’s also worried about increased revenue streams, sponsorships and ticket sales.

The team also plays at MAPFRE Stadium, which opened in 1999. It’s one of the oldest soccer stadiums in the league, as many teams already have new stadiums.

Precourt has been the team’s owner since he bought the team in 2013 from Hunt Sports Group. According to The Columbus Dispatch, via ESPNFC.com, with the sale of the team, there was a stipulation that the new owner would keep the team in Ohio for at least the next 10-years.

The Dispatch is already saying that a deal with the University of Texas is already in place for 2019. Precourt bought the team for $68 million in 2013.