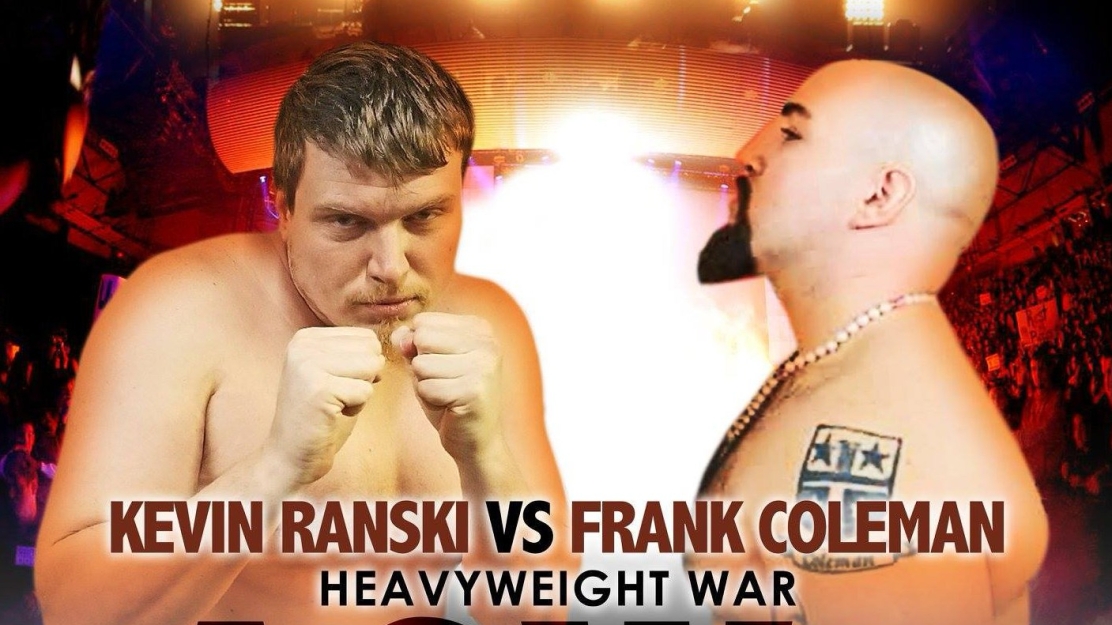 Philadelphia, Pennsylvania — Kevin Ranski came into his eighth amateur bout with a record of 1-6. Frankie Coleman came into the match with a record of 0-5. From the starting bell, Ranski’s decisive height advantage was clearly going to be a factor.

Coleman tried to close the distance early in the first round, coming in for a grapple, but Ranski was having none of it, catching Coleman with a vicious knee strike as he came in. The shot seemed to daze Coleman and set the tone for the fight.

Coleman worked for grapple moves while Ranski used his reach to his advantage, landing combos from a distance. Coleman at times seemed to be at a loss with what to do with his opponent as everything he came in, he’d get caught with a few calculated blows.

By the third round, Coleman was gassed out, but managed to score some points with some vicious leg kicks.

At the end of the fight, Ranski was the clear winner, winning by unanimous decision. Ranski was more active in the fight and punished Coleman for his mistakes.

Nick Bord made his debut in this fight. Jordan Smith came into the fight with a 0-3 record. Bord came out on fire, getting a monstrous double to start the fight. The crowd cheered as Smith came crashing down to the match.

Bord let Smith up after struggling to get anything on top. Smith fired off some combos, but Bord seemed to not be phased, but Smith did score some points with the judges. Still, in the first round, Bord got a single leg and picked it up Smith threw a punch Bord ducked it and with a counter of his own, landed a thunderous hook that dropped Smith.  After more struggle on the ground, the Referee stood the two fighters up and the round ended.

In the second round, Bord continued to work for takedowns. He slammed Smith into the mat to start the second round, which got all of the fans to cheer in the stands. But, yet again, the referee stood the two fighters up and Smith showed Bord some power of his own, hitting Bord with a vicious right hook that drew blood from Bord.

In the third round, Smith worked for points, landing low kicks and some combinations on the outside, but Bord continued to get takedowns with ease. Bord was clearly the better wrestler.

From an outside an outside perspective, Bord seemed to be the clear winner of the fight, but when it came down to the judge’s decision, it was Smith that walked away with the split decision victory.

Andre Petroski came into the match the clear favorite with a 6-1 record. Avery Sanchis had a decent record of his own at 3-1. The fighters both had very different personalities coming into the fight. Sanchis wore a smile the whole fight while Petroski kept a cold and silent demeanor.

Sanchis landed some nice hooks in the first and one punch landed flush, almost dropping Petroski to start. Sanchis worked some combos into the first round, but a lot of the punches he threw hit the guard of Petroski, who after being dazed earlier, looked strong and unphased by Sanchis.

In the second round, Petroski takedown Sanchis with an absolutely beautiful double leg takedown. Petroski lifted Sanchis as the crowd chanted, “GO BIG”. Petroski did exactly that, crushing Sanchis as he brought him back down to the mat. Petroski got in a nice ground and pound, but Sanchis looked as if he was laughing on the mat as he was being hit.

Sanchis continued to taunt his opponent in the third round, pretending to run and verbally taunting his opponent. Sanchis managed a takedown and tried to choke, but Petroski easily broke Sanchis grip.

Petroski tried for a submission of his own and got in a deep rear choke. For some obscure reason, the referee stood up the two fighters and the bell rung. Luckily, Petroski didn’t lose out on the points, winning the fight by unanimous decision. There was no doubt Petroski was the better fighter from the two. 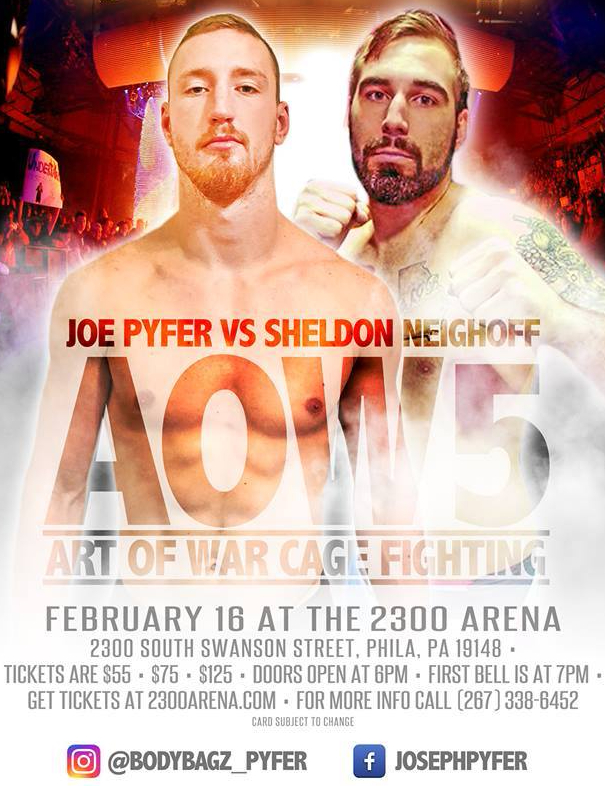 Joe Pyer came in with a 3-1 record and Sheldon Neighoff came in 3-3. The physical difference in the fighters was uncanny. Pyer was taller and far larger than Neighoff. Nieghoff seemed not to be too afraid come in.

Pyer was clearly a front-runner, coming out swinging and kicking. Neighoff scored some points off of a counter-throw, but that was all he’d get from Pyer. When the referee stood the two fighters up, Pyer took over the fight.

Neighoff somehow managed to stand up and land two blows before Pyer jumped on him like a vicious animal and proceeded to hit him with vicious intent.  Pyer took down Neighoff and pounded on him like he was trying to kill him. After Neighoff dropped his guard on the ground, the referee jumped in and stopped the fight.

As Pyer claimed his belt the crowd chanted “Body Bagz” over and over again. The Pyer was clearly the favorite to win and his did just that, getting a Knockout Victory a minute and 44 seconds into the fight.