The Street Outlaws No Prep scene is taking off like a wildfire. At many of their events, it’s been a packed house.

Many of these events are so packed, they have to turn people away. 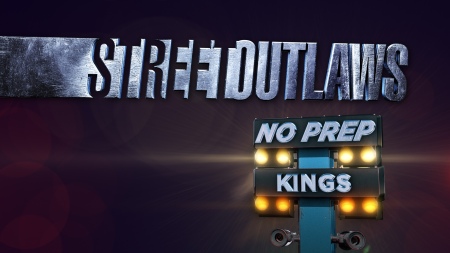 Street Outlaws No Prep Kings (Photo by the Discovery Channel

Yet, according to James “The Reaper” Goad and many Street Outlaws competitors, they do not want Speedsociety.com involved. That’s because of their CEO Charlie Rose.

Goad made a Facebook Live on Rose on Sunday, March 4, that has since been taken down. Goad went off on Rose in the Facebook Live.

“I haven’t, but I have never heard anything good about him (Rose) from anyone that has had (any) dealings with him,” said a driver, who requested anonymity, who has been on the show. “James is straight up so if he doesn’t like him, then that’s enough for me.”

Rose was a bogus telemarketer, who went to jail for scamming people out of money. These Street Outlaws allege that Rose is attempting to take down the show.

In Aug. 2016, Rose was sentenced to eight months in prison for being the leader of a fraudulent loan modification scheme. The scheme, included 30 telemarketers, sold bogus legal services to hundreds of struggling homeowners, according to court documents.

The fake firm did not perform any services for the 1,000 clients they swindled, the documents said.

“Charlie Rose aggressively pursued distressed mortgage holders, offering a false sense of hope, while he enriched himself,” Robert Wemyss, Postal Inspector in Charge of the Los Angeles Division, said in the 2016 sentencing. “When criminals use the mail to perpetrate fraud, postal inspectors with the full cooperation of their law enforcement partners, will actively pursue them until they are brought to justice.”

Rose, before he began working for Speedsociety.com, he was known as inmate 15CR1786-JAH and was charged with mail fraud and subscribing to a false tax return. He was facing 23-years in prison, along with a $500,000 before taking a lesser charge.

“Charlie Rose preyed on others’ misfortune to line his own pockets,” Special Agent in Charge Leslie DeMarco, of the Federal Housing Finance Agency — Office of Inspector General, said. “The sentence he received today (Aug. 29, 2016) provides justice and will hopefully act as a deterrent to anyone else, who might be tempted to engage in similar conduct.”

Street Outlaws No Prep Kings replaced the Street Outlaws New Orleans show that lasted two seasons on The Discovery Channel. Race master Chuck Seitsinger has already said that Rose will not be allowed at any of the No Prep shows, including this weekend at Galot Motorsports Park in N.C.

Chuck Seitsinger in this Facebook conversation bans Charlie Rose from Speedsociety.com from No Prep events (Photo by Facebook)

Speedsociety.com, which sponsors Alex Laughlin and Clay Millican in the NHRA, says they are the largest automotive network in the world and a vertical content publisher/aggregator they deliver high quality, engaging content to millions of automotive enthusiasts daily. Speedsociety.com, according to Goad, has more than 36 million viewers monthly.

While Speedsociety.com benefits from their exposure with some of the 405 guys and making money, Goad admitted that none of the Street Outlaws No Prep drivers are making any money until they win the race. Ryan Martin won the first race on the new show and won $50,000.