First Take host Molly Qerim has not been on the show for the past several days. It has been revealed that she recently got married this month.

Qerim was on the show earlier this month during the first week of July. But, there has been a substitute host ever since. 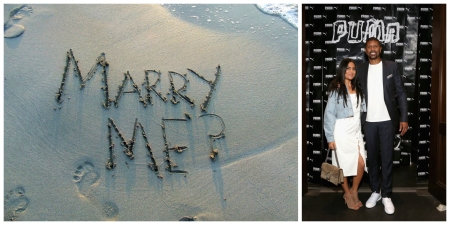 According to Page Six — a part of the New York Post network — Qerim was recently married to former NBA Jalen Rose. He is a co-host of “Get Up,” led by Mike Greenberg, which comes on before Qerim’s “First Take” show.

An insider told Page Six, “The media power couple married in the New York City area then boarded a flight to Turks and Caicos.”

In a post on Instagram tagged Turks and Caicos, Qerim posted, “You could’ve been anywhere in the world, but you’re here with me. I appreciate that.”

Qerim posted on Instagram that they were in Turks & Caicos on July 7th when she posted a video with “Vacation” as the captain.

Rose is 45-years-old, while Qerim is 33-years-old. They have been dating for at least the past several years, as Rose previously called Qerim “wifey” in a tweet.

Qerim is in her second stint at ESPN. She worked for the company in 2008, before moving on to the NFL Network.

In July 2015, after her return to the company, she was named the interim host of First Take. Then, on September 15th, 2015, University of Connecticut and Quinnipiac University grad was named the permanent host.

Rose was previously a first-round draft pick by the Denver Nuggets with the 13th overall pick in the 1994 NBA Draft. In his NBA career, besides playing for the Nuggets, he also played for the Indiana Pacers, Chicago Bulls, Toronto Raptors, New York Knicks, and the Phoenix Suns.