The Jacksonville Jaguars suspended defensive end Dante Fowler for one week of preseason activities. He was suspended for “fighting and violating of team rules.”

It’s not clear exactly what caused Fowler to get into the alleged fight. Yet, his teammate, star cornerback Jalen Ramsey, came to his aid.

After defending Fowler and bashing the local media, Ramsey was suspended by the team. Both players will miss this week of training camp.

In addition, the Jaguars defense will be without both of them in Saturday’s game against the Minnesota Vikings.

I’m always gone take up for my teammates kus I know what type of men and players they are forreal! Love my dawgs! If you don’t like it, oh well. God bless 🙏🏾

Fowler could be playing in his final season with the Jaguars, as the 24-year-old did not have his option picked up by the team in May. They declined his $14.2 million option for next season, because they want him to earn an extension.

He is making $3.6 million this season. 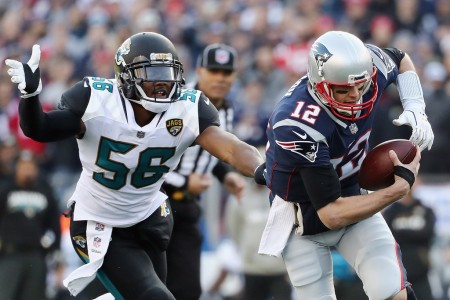 The 24-year-old Fowler has only played the past two seasons with the team. He missed the 2015 season after being the third overall pick in the 2015 NFL Draft with a torn ACL.

The 23-year-old Ramsey has developed into a star on the Jaguars defense. He is entering his third season with the team.

Ramsey has made 32 starts in 32 career games. He has 107 tackles, six interceptions, one forced fumble, 31 pass deflections, and one defensive touchdown.