Posted on September 24, 2018 by Anthony Caruso III Leave a comment

According to Pro Wrestling Sheet, Liv Morgan of the Riott Squad was knocked unconscious on Monday Night Raw from the Pepsi Center in Denver, Colorado on Monday night. She was knocked out after two accidental kicks to Morgan’s face by Brie Bella.

This happened in a six-woman tag team match. The Riott Squad faced Natalya and the Bella Twins. 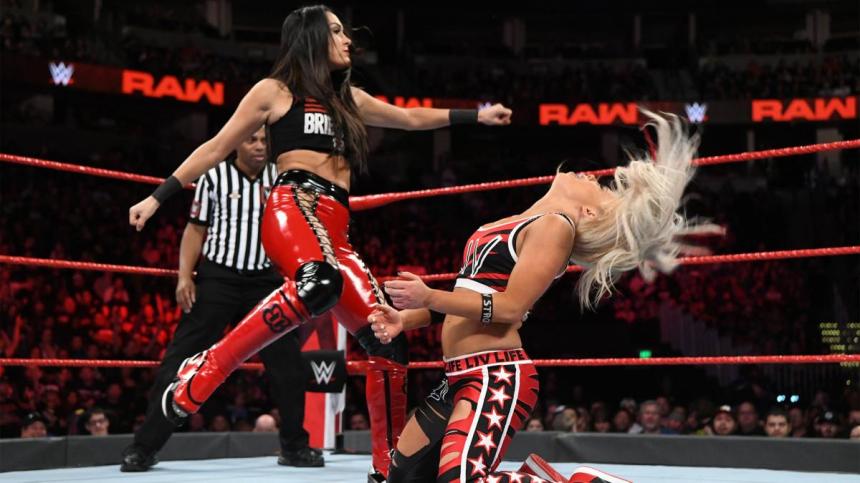 Morgan was kicked out after Brie’s “Yes” Kicks that her husband Daniel Bryan has done against opponents for years.

Instead of kicking Morgan in the chest with the “Yes” kicks, Brie’s kicks accidentally hit her head. Morgan, the 24-year-old Paramus, New Jersey native, attempted to get back to her corner to leave the match.

However, she fell to the ground several times. It was clear that something was wrong with Morgan following the kicks.

Sara Logan, her teammate, pulled Morgan out of the ring, then took her to the ringside doctor to be checked out. Morgan, after being checked out, was able to get back into the match.

But later left, as announcer Michael Cole tried to explain why the Riott Squad had just two members against the three members from their opponent.

Morgan has not updated her social media channels with an update on her condition.