A Beginner’s Guide To The Preakness Stakes 2022 Racing Program

The Preakness Stakes itself is the shortest of the Triple Crown horse races and has long been considered the second jewel of the series. The Kentucky Derby is the first race, followed by the Belmont Stakes.

Betting on horse racing has long been a part of popular culture, but Triple Crown races like the Preakness Stakes take it to a new level. Preakness betting is also available online, but first, the fundamentals and finer points of the famed race should be understood through a guide written specifically for beginners.

What Is The Preakness Stakes?

The legendary flat race is often referred to as “The Middle Jewel of the Triple Crown” and “The Run for the Black-Eyed Susans.” It is the second most popular day of racing in the United States, after only the Derby in terms of attendance.

First raced in 1873, the Preakness Stakes is held annually on the third Saturday in May at Baltimore’s Pimlico Race Course. The Grade 1 event for three-year-old Thoroughbreds is held on the left-handed dirt track over 9.5 furlongs (1 3/16 miles). The Preakness Stakes field is limited to 14, two more than the Belmont Stakes and six fewer than the Kentucky Derby.

The winner receives a check for at least $1 million and the renowned Woodlawn Vase, designed in 1860 by New York’s Tiffany & Co. Any horse that wins the Kentucky Derby and the Preakness Stakes will enter the Belmont Stakes seeking to capture the Triple Crown. Since Sir Barton became the first horse to win all three races in 1919, just 13 horses have won all three.

See also  6 Essential Ways to Win With Your Horse Bets

There are numerous facts about the famous Preakness Stakes, but let’s focus on the top tips for profiting from betting on the second leg of American horse racing’s Triple Crown. Here are some tips to assist you in selecting a winner in this horse racing program.

Stalls Are Favored In History

Nine of the last 11 Preakness Stakes races have featured nine or more runners’ fields. In those races, just four of the 32 racers who finished in the top three were drawn in stall nine or above. The middle stalls consistently produce winners.

Derby Victory Does Not Ensure a Double

There have been only 23 horses to win the Kentucky Derby and Preakness Stakes. Given that both races have been held yearly since 1875, this is a relatively low strike rate. This indicates that most horses fail to live up to the hype following their Derby victory. Keep in mind that the Preakness is two weeks after the Derby, which means that it takes a remarkable three-year-old to recover and win the middle jewel of the Triple Crown.

Since the Preakness Stakes’ inception in 1873, only six fillies have won it. However, we must put this figure into context: only 55 fillies have competed in the famous flat race. Swiss Skydiver (2020) and Rachel Alexandra (2009) were the most recent winners, while Nellie Morse (1924), Rhine Maiden (1915), Whimsical (1906), and Flocarline (1903) completed the list of fillies to win at Pimlico.

The odds add to the excitement of the contest. It increases the level of excitement and enthusiasm. Increase this sensation by placing a wager that you will not regret. Recognize how each odd works and how they translate to the money line. The shorter the money line on the odd, the more you must wager—these money lines fluctuate throughout the pre-race time.

When Is The Preakness Stakes Scheduled?

The Preakness Stakes is the second leg of the Triple Crown, the highest honor a horse and jockey can earn. Competitors must win all three races, including the Preakness, to win this.

Gamblers can typically expect the Preakness to take place on the third Saturday in May each year despite scheduling changes. This time is rarely altered, only when running the races in their standard order becomes impracticable.

Apart from betting on a single favorite, you can also check for other competitors on the track and wager on them at varying odds or stakes. Each horse’s condition and stamina can significantly impact its performance on the track.

Only one horse, though, is guaranteed to win. Each horse is unique in its stride and pace. They perform a variety of roles at several odds and have a varying probability of winning. They are compatible with a variety of stakes.

Knowing about the Preakness stakes guide might help you get started with stakes betting. Understanding the terminologies and fundamentals of this event will ensure that you have a great time when you win with the horses you bet on. Maintain a firm grip on those while you relax and await your horse’s arrival at the finish line.

Keep Independent Journalism Alive! Ad-free experience and Exclusive Premium-plus content. Join our Paid Substack for additional content for $10 per month. This is ad-free content. We believe that what you read matters and great writing is valuable. Through Substack, writers can flourish by being paid directly by their readers. 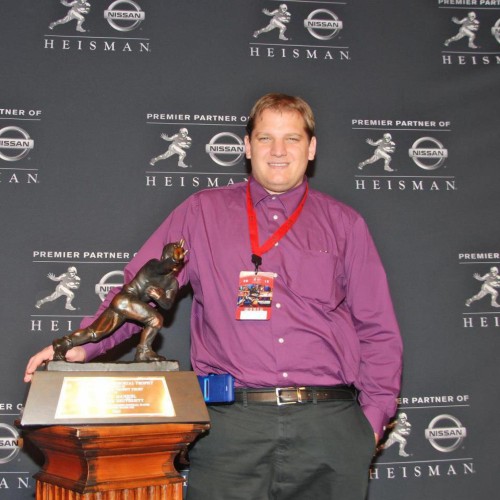